For those of you who are trying out Veganuary and craving some comfort food in these cold months, we have a great dairy free winter warmer that uses up any stale bread you have knocking around! It’s super easy with only an hour long cooking time…

Here’s one we made earlier using leftover stale sourdough bread from one of our events, dates and a brown sugar topping instead of the marmalade….. 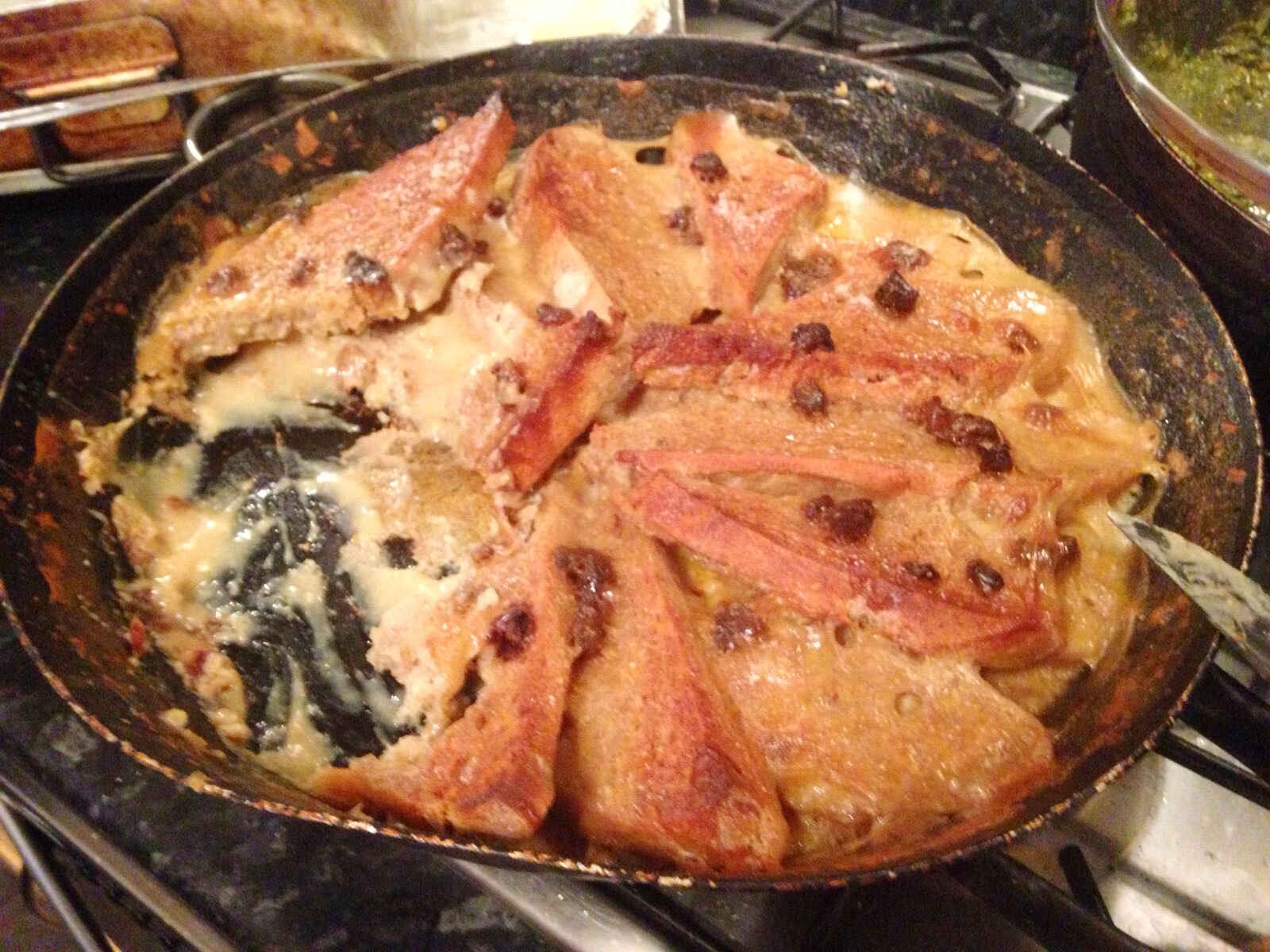